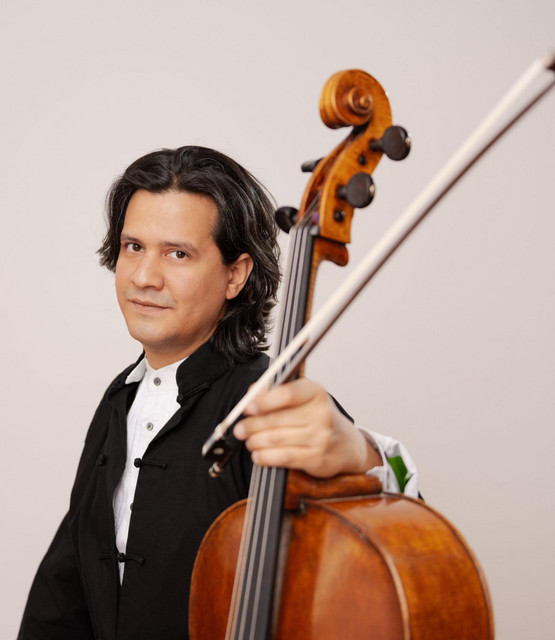 The German-born cellist of Peruvian-Uruguayan descent is one of the most sought-after musicians in his field. As a student of Boris Pergamenschikow, Claudio Bohórquez achieved success at an early age at international competitions such as the Tschaikowsky Youth Competition in Moscow and the Rostropovich Cello Competition in Paris.

At the 1995 Geneva International Music Competition he also won first prize at a very young age, which marked the beginning of his career as a soloist. This culminated in 2000 with a prize at the Pablo Casals International Competition of the Kronberg Academy, which was held for the first time. In addition to the Grand Prize and the special prize for the best chamber music performance, Claudio Bohórquez received the Goffriller cello from Pablo Casals from Marta Casals Istomin on a two-year loan. Bohórquez now teaches himself: from 2011 to 2016 he was a professor at the University of Music in Stuttgart, in September 2016 he was appointed to the University of Music “Hanns Eisler” in Berlin, where he has repeatedly taught as a guest professor since 2003.

He has performed with almost all German radio orchestras, the Sächsische Staatskapelle Dresden, the Gewandhausorchester Leipzig, the Wiener Symphoniker, the Collegium Musicum Basel, the Orchestre de Paris, the Orchestre Philharmonique de Radio France, the Tonhalle-Orchestre Zürich and the Academy of St. Martin in the Fields. In Japan, he has given concerts with the NHK Symphony Orchestra and the Tokyo Philharmonic Orchestra. In the United States, he has recently given concerts with the Boston Symphony, Chicago Symphony, Cleveland Orchestra, Detroit Symphony, Los Angeles Philharmonic, National Symphony and the Philadelphia Orchestra.

Claudio Bohórquez was able to prove elsewhere that he is a master of chamber music: he gave concerts with Jörg Widmann in Madrid and Bilbao, made music with Viviane Hagner and Jonathan Gilad as part of the Beethoven Marathon at the Konzerthaus Berlin Beethoven piano trios and was in the string trio to experiment with Daishin Kashimoto and Amihai Grosz.

In addition to numerous CD recordings, radio recordings and television appearances, Claudio Bohórquez worked as a performer on Paul Englishby’s soundtrack for the film “Ten Minutes Older – The Cello”, which was screened in cinemas worldwide. Together with painter Klaus-Peter Kirchner, Claudio Bohórquez developed the installation project “Room for Pablo Casals” as a tribute to this great cellist. ECHO’s award-winning CD “Four Seasons” (2017) was created with Daniel Hope for Deutsche Grammophon.

In July 2018, BerlinClassics released a new CD with Johannes Brahms sonatas and some bonus tracks together with Bohórquez’s duo partner Péter Nagy.

Claudio Bohórquez has been artistic director of the Winnenden Palace Concerts and Concert Days since the 2017/2018 season.