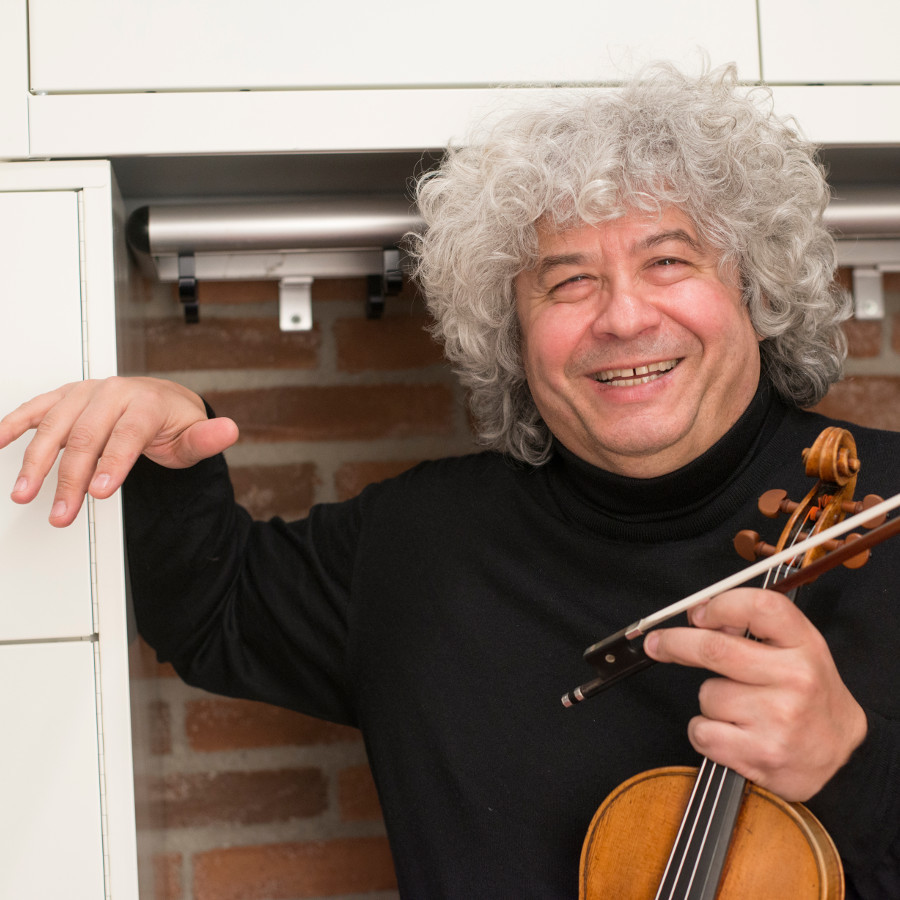 Hornist and conductor Radek Baborák is one of the most outstanding figures on the classical music scene. Since he began his solo career more than twenty-five years ago, his extraordinary musical performances have captivated audiences in the most important cultural venues around the world. He has collaborated with numerous distinguished conductors, including Daniel Barenboim, Seiji Ozawa, Simon Rattle, Neeme Järvi, James Levine, Vladimir Askhenazy, James de Priest and Marek Janowski.

His concerts have been broadcast by television and radio stations such as: Euro Arts, BR, ARD, NHK, CT, RTVE and has made recordings for EMI, Supraphon, Exton, Arte Nova, Artesmon and Animal Music.

Between 2003 and 2010, Baborák held the position of principal horn with the Berlin Philharmonic. He also performed as a soloist with the orchestra, alongside Ian Bostridge and conductor Simon Rattle (Britten, the Serenade for tenor, horn and strings), at the Prague State Theater with Daniel Barenboim (Mozart, Concerto in D major), at the Berlin Philharmonic Hall (Schumann, Concerto for four horns) and with conductor Dmitri Kitajenko (Gliere, Concerto in B major).

The opening concert of the Nagano Olympics marked the beginning of a long collaboration with maestro Seiji Ozawa. Baborák became a member of the Saito Kinen Orchestra and the Mito Chamber Orchestra, and regularly gives concerts with them in Japan, the United States and Europe. With his principal conductor, Maestro Ozawa, Baborák recorded the complete series of Mozart horn concertos and the Sinfonia Concertante (Sony), and as soloist/conductor he also performed compositions by Haydn, Rosseti, Hosokawa, Mozart, Britten and others. During a European tour with the Mito Chamber Orchestra, the orchestra members asked Baborák to replace Seiji Ozawa, who was indisposed, and thus began his conducting career.

Over ten years, Baborák has recorded more than twenty CDs for the Japanese label Octavia Records (Exton,Cryston), including music by J.S.Bach, which reached tens of thousands of listeners. The Baborák Ensemble’s CD received the Japanese critics’ award. The recording of arrangements of compositions by Anton Bruckner (Bruckner in Cathedral I, II) by the Czech Horn Choir, with organist Aleš Bárta, and under the direction of Miloš Bok, was received with great enthusiasm. Among other releases were: Baborák’s recital with pianist Yoko Kikuchi (Beethoven and French music) with harpist Naoko Yoshino (Réve) and solo CDs (Baborák Plays Etudes, The New Dimension), Mozart and Haydn Symphonies (Prague, Clock, Noon, Symphony in G minor) and horn concertos with the Czech Sinfonietta Orchestra, where Baborák assumed the role of conductor.

An essential part of Radek Baborák’s musical life is chamber music. He has founded and conducted several ensembles: the Baborák Ensemble, consisting mainly of horn and string quartet; the Czech Horn Chorus, which continues the 300-year tradition of horn playing in the Czech lands; and the Prague Chamber Soloists string ensemble, whose founding in 1960 is linked to Václav Neumann. He is a member of the Afflatus Quintet, which received first prize at the ARD competition in Munich in 1997. Baborák performs in recital with pianist Yoko Kukuchi, winner of the Salzburg Mozart Competition, with organist Aleš Bárta and harpist Jana Boušková. He is a member of the Berlin-Munich-Vienna Oktett and collaborates with the Berlin Baroque Soloists.

Radek Baborák has been a full professor at the Fondazione Arturo Toscanini in Parma and holds the position of visiting professor at TOHO University in Tokyo, the Queen Sofia School of Music and teaches at the Academy of Music in Prague. He has conducted horn courses in Germany and Switzerland.

Radek Baborák was born in Pardubice in 1976 into a family of musicians. At the age of eight he began learning to play the horn with Professor Karel Křenek. Under his guidance he became the overall winner of the Prague Radio Concertino Prague Competition, received third prize in the Prague Spring Competition, first prize in the Contemporary Music Performers Competition and was awarded the Unesco Grand Prize.

Between 1990 and 1994 he continued his studies at the Prague Conservatory in the class of Professor Bedřich Tylšar. During his studies he won the competitions in Geneva in 1993, Markneukirchen in 1994 and ARD in Munich in 1994. In 1995 he received the Grammy Classic Award and the Dawidov Prize.

At the age of eighteen, Baborák was appointed principal horn of the Czech Philharmonic, exceptionally without audition, and remained in the post for two years. In 1996-2000 he was principal horn of the Munich Philharmonic. In 2001 he signed an exclusive contract with the Bamberg Symphony. Baborák’s position with the Berliner Philharmoniker in the years 2003-2010 represents the last chapter of his career as an orchestral musician.