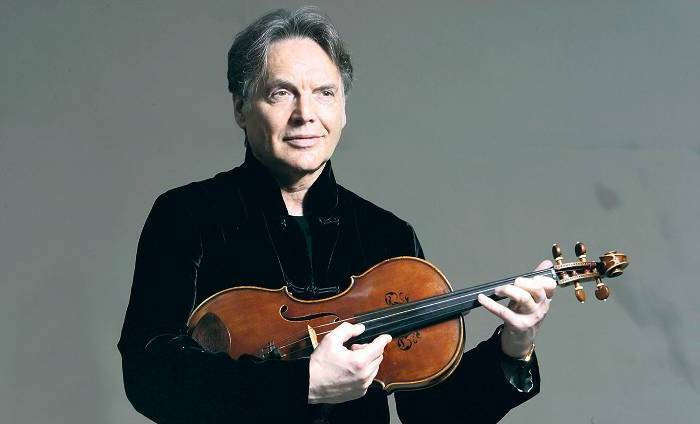 Born in 1947 in Schorndorf (Baden-Württemberg, Germany), Wilfried Strehle studied at the Hochschule für Musik und Darstellende Kunst Stuttgart and the Hochschule für Musik Detmold – with Emil Kessinger, Ulrich Koch and Tibor Varga, who also asked him to play in his Chamber Orchestra. At a little more than twenty years old he began his career with the Berliner Philharmoniker directed by Herbert von Karajan, from 1984 to 2013 occupying the post of solo violist.

At the Universität der Künste Berlin Strehle has taught viola since 2001 (as well as at the Barenboim–Said Akademie in Berlin from 2017 to 2020), carefully preparing his students as soloists as well as members of chamber music ensembles and orchestras. For decades, he was a teacher at the Karajan-Akademie of the Berliner Philharmoniker. Many of his students have succeeded in becoming members of the Berliner Philharmoniker as well as other important orchestras in Berlin, Vienna, Munich, Dresden and Hamburg. In Europe and overseas he is asked to conduct masterclasses, for example by the Summer Academy of the Mozarteum in Salzburg, the Yale School of Music, the conservatories in Moscow, Beijing, Shanghai and Tokyo.

Since the very beginning he has loved to play as a soloist and performer of chamber music in various ensembles of his orchestra including with the Brandis Quartet which was founded in 1976 (he was a member of the quartet for 25 years), as member of the Philharmonic Octet Berlin, with the Trio Berlin which won the Award for Chamber Music of the European Parliament and with the Philharmonic Friends Vienna–Berlin.

Amongst many others his musical partners are Yefim Bronfman and David Geringas with whom in 2016 and 2019 he was invited by Valery Gergiev to perform Richard Strauss’ Don Quixote as soloists with the Mariinsky Orchestra at the Stars of the White Nights festival in St Petersburg. For chamber music, he is regularly invited by this festival.

Playing chamber music and as a soloist, he has travelled to South America, Asia, Eastern Europe, Africa and the USA. A great deal of chamber music has been recorded by harmonia mundi, ORFEO International, Teldec, EMI, Deutsche Grammophon and Nimbus Records.